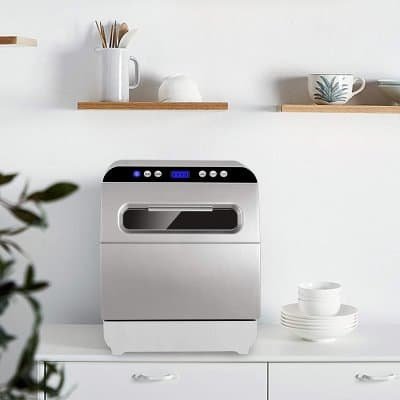 If your dishwasher isn’t working properly, you’re not alone. Common dishwasher problems include everything from leaks to noisy operation to failure to start. In most cases, these problems can be fixed without calling a repairman. However, before you start troubleshooting, it’s important to understand how your dishwasher works and what could be causing the problem. With a little knowledge and a few simple tools, you can fix most dishwasher problems yourself.

If your dishwasher isn’t cleaning the top rack, there are a few things you can check. Make sure that nothing is blocking the upper spray arm. If the arm is clear, then check the water supply to see if it’s obstructed. Finally, clean out the filters to see if they’re clogged.

Dishwasher Leaks From Bottom of Door:

If your dishwasher is leaking water from the bottom of the door, there are a few things you can do to fix it. First, check the door seal to see if it is damaged or has come loose. If the seal is damaged, you will need to replace it. If the seal is loose, you can try to tighten it yourself or call a professional to do it for you.

If your dishwasher is still leaking after checking these two things, then you may have a more serious problem and will need to call a professional for help.

There are a few common dishwasher problems that can cause your dishes to come out dirty. One problem could be that the water isn’t hot enough. The water needs to be hot enough to kill bacteria and loosen food particles.

Another problem could be that the dishwasher isn’t getting enough water. This can happen if the water supply line is kinked or the float switch is stuck in the “off” position.

Finally, another common problem is that there’s something blocking the spray arm. This could be a piece of food or even a sponge. If the spray arm is blocked, the water can’t reach all of the dishes and they’ll come out dirty.

Dishwasher Won’t Start But Has Power:

If your dishwasher won’t start but has power, there are a few possible explanations. A common problem is that the dishwasher doesn’t have enough water to start the cycle. This can be caused by a clogged inlet screen or float switch. Another possibility is that the dishwasher isn’t getting hot enough. This could be due to a faulty heating element or thermostat. If your dishwasher is starting but then stopping mid-cycle, it could be because the door isn’t closing properly or there’s something blocking the spray arm. These are just a few of the most common dishwasher problems.

Dishwasher is Not Draining:

If your dishwasher isn’t draining properly, there are a few possible explanations. The most common cause of dishwasher problems is a clogged drain. Check the drain for any blockages and remove anything that’s blocking the flow of water. If the dishwasher still isn’t draining, the pump may be faulty and will need to be replaced. Another possibility is that the float switch is stuck in the “up” position, preventing the dishwasher from draining. This can usually be fixed by simply moving the float switch back to its original position.

If your dishwasher is making a loud noise, it could be due to one of several common problems. The first thing you should do is check the water supply line. If it’s kinked or damaged, it could be causing the dishwasher to make a loud banging noise. Another possibility is that something is caught in the drain pump. If you can see what’s causing the blockage, simply remove it and see if that stops the noise. If not, you may need to replace the drain pump.

If your dishwasher soap dispenser is not working, you’re probably experiencing one of the most common dishwasher problems. There are a few things that could be causing the issue, but luckily, it’s usually an easy fix.

One of the most common reasons for a soap dispenser not to work is because there’s something blocking the dispenser opening. This is often caused by food debris or a build-up of detergent. Simply clean out the dispenser with a toothpick or other sharp object and then try again.

Another possibility is that the spring-loaded mechanism that opens the soap dispenser isn’t working properly. This can happen if the spring becomes dislodged or broken. In this case, you’ll need to replace the entire soap dispenser assembly.

If your dishwasher smells bad, it is likely due to one of several common dishwasher problems. First, check the drain for a clog. If the drain is clear, then the problem is likely with the garbage disposal. Run the garbage disposal with cold water for 30 seconds to remove any food particles that may be causing the odor. If the problem persists, then it is probably due to bacteria build-up in the dishwasher itself. To clean the dishwasher, run a cycle with vinegar and hot water.

If your dishwasher pods aren’t dissolving, it’s likely because of one of these common dishwasher problems.

If you’re having trouble with your dishwasher pods not dissolving, check to see if one of these common problems is the cause.