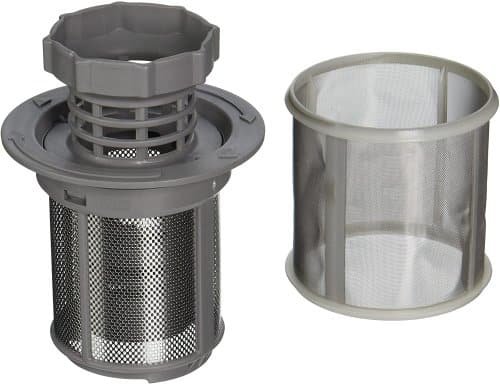 This was the phone call I got recently from a buddy of mine who was single and just moved into a new apartment. He wanted to know why his Bosch dishwasher smells bad and could I suggest a fix for him.

It is very common for people to empty their dishwashers and find the dishes washed still foul smelling. In most cases, people blame the smell on the automatic dish washing detergent but this is not the case.

Sometimes the smell engulfs the entire kitchen and the kitchen gets a stinking garbage like smell.

The worst smelling dishwashers not only spreads disgusting smell in the kitchen but may also get spread out to other rooms with passing time. It is unhygienic and is also very embarrassing for the owners.

The smell does not allow people to invite guests to their houses nor does it allow the house members to live comfortably. Yes, it can get that serious!

The basic reason of dishwasher smells is simple – a dirty dishwasher. With prolong use of the appliance, tiny food particles get collected in the filter of the appliance or in the sides and edges of the machine.

The particles after a while start to smell and the same gets transmitted through the dishwashers to the dishes in the drying cycle of the machine. In order to omit the smell the dishwashers have to be cleaned timely. If not done, then the odor will persist.

The smell can be due to the dishwasher pipe being connected with the kitchen sink pipe. In such a case, the odor has a sour or a pungent smell as in this case the smell is a combined smell of decomposing food and residual soap.

Dishwasher also emits smells if it is not installed properly. In cases of defective installations, there is a leakage of cleansing utensils water in the floor and also in the insides of the machine, in such cases the dishwasher smells strongly once the leaked water is dried up and collected garbage gets left behind.

Ways to keep the smell out

Now that the causes of dishwasher smellsare listed out, here, below are some solutions given to the problem:

Change detergents: Detergents play a very important role in cleaning and neutralizing the smell of the dishwasher. A good detergent boosts up the dishwasher in its every cycle run. While choosing detergents, people should not go for the scented detergents but should buy those detergents which have bacteria killing bleach and odor balancing baking soda. This is so because the scented ones clean the dishwasher temporarily while the other one cleans the appliance properly.